The following is my opinion and personal observations as the Founder and Executive Director of the Charity, MEBO Research, Inc. My opinion is based on my online communications with thousands of malodor/PATM sufferers from around the world these past 10+ years, hundreds of whom I have met in person in the United States and England since 2008.

It is not uncommon in the MEBO community that sufferers who have been diagnosed with TMAU, those who have an odor condition other than TMAU, and those who think they do not emit odor at all, claim to have PATM. For example, I once met a sufferer in person who really did not emit odor that I could detect. However, I experienced allergic reactions whenever I got close to her and my allergy symptoms improved when I moved away from her. She claimed that some people told her she has had odor from time to time, but I did not perceive it at the time.

A TMAU research scientist who has worked in his lab with the odorous chemical, trimethylaminuria (TMA) who claims to have an allergic reaction every time he is exposed to TMA. He says that everyone in the lab detects a very strong odor that engulfs the whole lab when he opens the bottle containing TMA, but he does not smell anything. Instead, he says that his eyes begin to tear and he experiences an allergic reaction.

It appears that the same is true regarding compounds found in the environment that some people may not smell, but may react to them in an allergic manner. For example, many airlines have opted to not serve peanuts during a flight because some passengers have had life-threatening severe allergic reactions to peanuts, even when they are not eating them. Yet, not everyone can smell the peanuts and not everyone experience an allergic reaction to them. See post, "Do they smell me or not?"

Many of the participants of the MEBO Gut Microbiome Study have odor also claim that people are allergic to them. See U.S. study sponsored by uBiome and registered with ClinicalTrials.gov: "Clinical Trial, Microbial Basis of Systemic Malodor and PATM Conditions (PATM)". Some of these sufferers have been diagnosed with TMAU and others have had negative results in their TMAU test, indicating that they do not have TMAU. Most claim that they have odor, at least intermittently, but not all. Some sufferers are parents of small children who experience allergic reactions to the sufferer. The children's allergic symptoms only go away when they physically separate from the sufferer. How sad is that!

The question of the century is "which chemical(s) in the bodies are people around us reacting in an allergic manner to?" It could be any chemical that is not normally found at high levels inside the human body, not sufficiently (completely) metabolized in the liver, or it could be an abnormally elevated levels of some normal compounds due to overproduction of them by gut bacteria. Frequently, the source of these compounds come from the all. Other times, we pick up the compounds from the environment through the breath or exposure to the skin from the air or buildings sufferers come in contact with, etc, as Yoshika Sekine, PhD, Professor at Tokai University, Japan, President, Society of Indoor Environment, Japan, tells us in his PATM research paper.

Each PATM sufferer may have different compounds (different from other PATM sufferers) in their bodies that other people react to in an allergic manner. On the other hand, there are people who are never allergic to anything while others have allergic reactions.

All these factors make it extremely difficult to diagnose the exact cause of PATM for each sufferer individually. This is the reason we hope that scientists like Professor Sekine would pursue further research into PATM in order to design therapeutic tests for this problem. Meanwhile, we can only work with some of the current tests already developed, like the uBiome Gut Explorer test, the genetic or biochemical TMAU test, or all the tests gastroenterologist can do to determine the health of the digestive tract, how well the kidneys are wfunctioning, hormonal balance/health, etc.

The best recommendation to PATM sufferers is to eat natural and organic foods that do not have preservatives, or have been fed hormones or antibiotics. The less the food is processed, the better. Organic foods are best. Eliminate sodas and other drinks consisting of a concoction of chemicals with no nutritional benefit whatsoever. Those chemicals can irritate the digestive tract and may be very difficult, or impossible, for a deficient metabolism to handle.

In other words, whether people are having allergic reactions or not is not the question to focus on in an effort to find a solution, in my opinion. The question to focus on is to try to find the root of the problem, which is which specific compound(s) inside the body that come out through the pores and breath are people reacting to in an allergic manner? Why are they inside the body to begin with? What damage have they done to the body, i.e., digestive tract, skin rashes, kidneys, etc.? Until this is determined and until which foods and/or environmental conditions are determined to cause an abnormal build-up of these compounds in the body, and consequently triggering PATM, a sufferer will not be able to control the condition. So much more research is desperately needed!

SUPPORT THE MEBO MISSION: Click Amazon button at right sidebar of this blog when shopping online for the holidays
at no extra cost to you.
MEBO gets small commission from Amazon.

A EURORDIS and NORD Member Organization

Email ThisBlogThis!Share to TwitterShare to FacebookShare to Pinterest
Labels: PATM 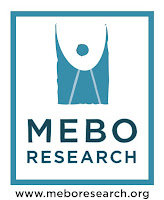 Please send feedback, suggestions, or ideas on "My Career with Body Odor"
cheryl.fields@meboresearch.org

Please send feedback, suggestions, or ideas on "My Career with Body Odor"
karen.james@meboresearch.org